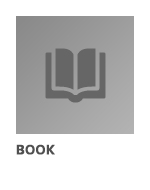 Air Engines:The History, Science, and Reality of the Perfect Engine

Air Engines:The History, Science, and Reality of the Perfect Engine

The original air engines (also known as a heat, hot air, caloric, or Stirling engines), predated themodern internal combustion engine. However, the primary obstacle to its practical use in the pasthas been the lack of sufficiently heat-resistant materials, which has now been eliminated due tothe higher strength of modern materials and alloys. Several companies in the U.S. and abroad aresuccessfully marketing new machines based on the air engine concept. The historical portion ofthe book is based on four famous articles he published in 1959. The rest of the chapters assessthe development of the air engine and put it in the modern context, as well as investigate itsfuture potential and applications.